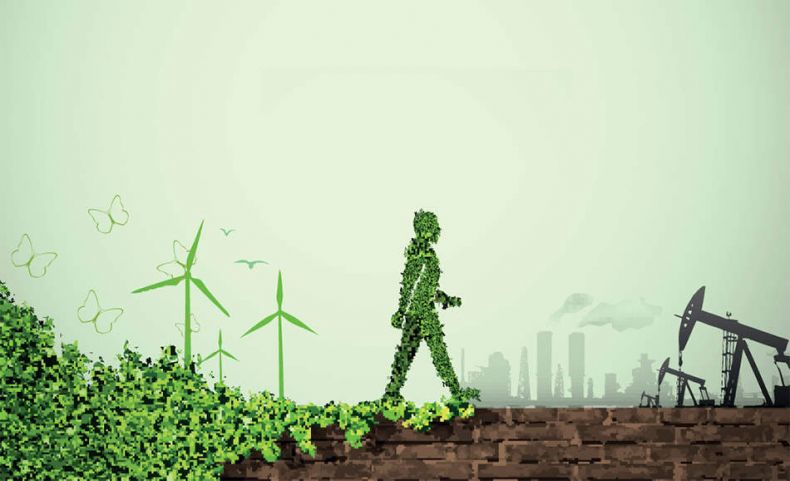 The rise in carbon levels and the in turn rise in rate of global warming has been a spot of bother for all countries and have since then taken up steps to standardise the automobile sector to ensure that the situation is under control. This resulted in international conferences to discuss the alarming rise in carbon deposits and countries signed mutual agreements to pave way for the future. According to the Paris Agreement on climate change, about 193 countries which were responsible for 88% of the global carbon emissions have stipulated carbon reduction commitments by 2030.

On the Environmental Pollution Index (EPI) 2018, India is among the bottom five countries in the environmental health category and ranked 178 out of 180 as far as air quality are concerned. India’s CO2 emissions have increased by an estimated 4.6% in 2017. The ultra-fine particulate matter (PM2.5), emitted by fuel-based vehicles are very harmful. Their concentration in the air has increased over the past decades leading to around 16.40 lakh deaths annually in India. To reduce the air pollution, government has decided to shift from conventional fuel-based vehicles to electric vehicles in addition to implementing several stringent norms.

The transport industry also contributes a significant 14% carbon emission globally which is very dangerous as it is on top of the list in terms of carbon monoxide (CO) generation. India has tightened emission norms for the coal based plants with stricter standards on carbon dioxide, nitrogen dioxide and sulphur dioxide. India was following Bharat Stage IV (BS IV) norms till 2019 and has moved to BS VI emission standard in 2020, skipping BS V. The government has decided to go directly from BS IV to BS VI fuel standards due to environmental degradation, growing pollution levels, and health hazards caused by vehicular pollution. This is a step toward a more sustainable and cleaner environment. As a result, reduction in the usage of conventional fuel-based vehicles is expected, thus increasing the demand for electric vehicles. With BS VI coming into effect, India would come at parity in automotive market with the U.S., and other developed European countries across the globe. Such initiatives are likely to spur the growth of the Indian electric car market.

India can explore potential avenues of fiscal support for EVs to accelerate adoption. The standard approach in other countries to providing fiscal support to EVs has been direct subsidization. For example, EVs in USA and Europe have up to 40% subsidies. Those subsidies include direct state subsidy to buyers, mandates to manufacturers, utility subsidies or subsidy in the form of fee rebates where vehicles are taxed based on their CO2 emissions, whereas EV receives support. As costs decline and the share of EVs in total vehicles increases, most nations plan to taper off such subsidies.

For India, however, those paths are not viable and the elimination of direct subsidy will be the policy basis. Therefore India has to be creative to make electric vehicles and its infrastructure economically viable from the very beginning. Its policy and strategy have to be fundamentally set up to enable EVs to make business sense. Direct financial demand- incentives / subsidies could be replaced by Tradable Auto-Emission Coupons or credits based on CO2 emissions per km as well as on a sliding scale for vehicle efficiency. This will encourage the market to build efficient vehicles with lower emissions per km. Thus, while vehicle manufacturers exceeding CO2 emissions targets would have to purchase coupons or credits, the manufacturers meeting the targets would be rewarded with coupons. Market will

decide the prices of these coupons. Accelerating the availability of necessary electricity network infrastructure as well as domestically produced technologically superior EVs, chargers and components will bring down costs and increase the options available for transportation electrification in India. This could bring total cost of ownership of EVs to parity with ICEs by as early as 2025.

With Electric Vehicle being the sustainable future, standardisation of emission and other environmental friendly norms will help the former to effectively establish itself in the automobile markets.