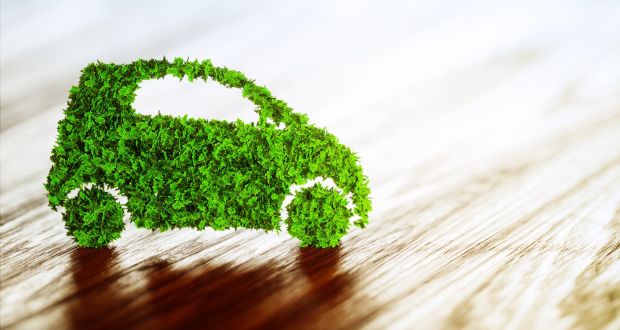 How Do Hybrid Electric Cars Work?

Hybrid electric vehicles are powered by an internal combustion engine and an electric motor, which uses energy stored in batteries. A hybrid electric vehicle cannot be plugged in to charge the battery. Instead, the battery is charged through regenerative braking and by the internal combustion engine. The extra power provided by the electric motor can potentially allow for a smaller engine. The battery can also power auxiliary loads and reduce engine idling when stopped. Together, these features result in better fuel economy without sacrificing performance. .

Battery (auxiliary): In an electric drive vehicle, the auxiliary battery provides electricity to start the car before the traction battery is engaged and also powers vehicle accessories.

Electric generator: Generates electricity from the rotating wheels while braking, transferring that energy back to the traction battery pack. Some vehicles use motor generators that perform both the drive and regeneration functions.

Electric traction motor: Using power from the traction battery pack, this motor drives the vehicle’s wheels. Some vehicles use motor generators that perform both the drive and regeneration functions.

Fuel filler: A nozzle from a fuel dispenser attaches to the receptacle on the vehicle to fill the tank.

Fuel tank (gasoline): This tank stores gasoline on board the vehicle until it’s needed by the engine.

Internal combustion engine (spark-ignited): In this configuration, fuel is injected into either the intake manifold or the combustion chamber, where it is combined with air, and the air/fuel mixture is ignited by the spark from a spark plug.

Power electronics controller: This unit manages the flow of electrical energy delivered by the traction battery, controlling the speed of the electric traction motor and the torque it produces.

Traction battery pack: Stores electricity for use by the electric traction motor.

Transmission: The transmission transfers mechanical power from the engine and/or electric traction motor to drive the wheels.